She spent nine years as a farmwife on a corn and soybean farm west of Hartland, Minnesota with her then husband and their two children (John Paul, 12 and Camellia, 9). Her passion for renewables began when she woke every morning to the beauty of wind turbines on the horizon, delivered seed/parts/meals to the farm crew via wind farm access roads every spring and fall, and hosted wind farm campouts onsite at the Bent Tree Wind Farm near her home. You can learn more about her passion for renewables by reviewing her support letter for the recently constructed Freeborn Wind Farm here.

Before embarking on her journey as The Good Steward, she co-founded The Marketing Plant (now MORTARR). The Marketing Plant became a blossoming entity with clients in eight states by the end of year one and eighteen states by the end of year three. Prior to launching TMP, Mariah served as Vice President of Client Services for Alliance Benefit Group Financial Services, Corp. (now Intellicents) where she cut her teeth in the financial services industry (earning her Series 7 investment license), management world, and executive leadership circle. Mariah managed a team of thirty-six employees for the multi-million-dollar family-owned company which held over $3 billion in assets under management.

Mariah advocates renewable energy not only through her business, but through her memberships and affiliations. She was elected to the Board of Directors for RENEW Wisconsin in mid-2021 and is helping guide that entity’s efforts to expand renewables. PV Magazine featured her in a Q&A in July of 2019 titled, “Bridging the gap: Mariah Lynne of Good Steward on farming and solar”. Mariah has spoken at industry conferences, including participating as a panelist at the 2019 & 2020 Renewable Energy Summits in Madison, WI and as a panelist/moderator where she joined other experts to discuss community support and engagement as well as opposition, within the utility-scale development industry. She also participated as a panelist at the 2019 SEIA Solar and Energy Storage Midwest Conference. Good Steward Consulting was named the 2017 Small Business of the Year by the Albert Lea – Freeborn County Chamber of Commerce, and Mariah was featured in Minnesota Business Magazine (January 2016) as one of the state's most creative and ambitious female leaders.

Mariah currently oversees the entirety of project services at GSC for wind, solar, and storage projects in the Midwest. The states currently served include SD, ND, MN, IA, WI, IL, IN, MO in the Midwest, and TX, LO, AL, TN, AK, MS in the Gulf States.

Mariah is the leader of the multi-faceted and talented team at GSC, but she is also an active member of her community. She has served as a board member for multiple entities locally and helped lead the efforts to secure a second healthcare company to provide services in the community because she “felt it was the right thing to do”. Mariah also believes that developing the renewable energy sector is the right thing to do, because Mariah’s passion is to constantly work to make her home and the world a better place for her, her children, and others.
Speaking At
Finding Harmony in Utility Scale Solar Markets 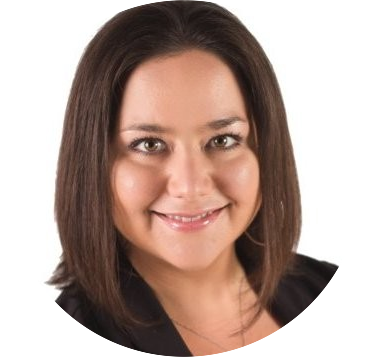